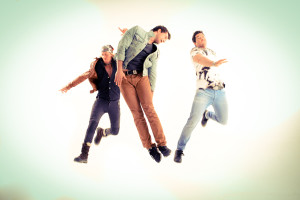 Another Band requiring promotional imagery booked a photo session with me this week when they were searching for a Manchester Band Photographer. ‘Zammit’ an Australian four brother band recently moved to the North West to make their mark in the UK and are aiming to set themselves on the right road to success before their youngest member still living in Queensland eventually joins them. As a Band Photographer in Manchester I’m keen to understand the concept behind the imagery in order to achieve the best results for a band’s publicity. Zammit  a cross between Rock and Pop wanted the majority of imagery of Jessie, their front man! A Northern gritty backdrop of high rise flats was conjured up to deliver this theme and helped by my regular make up artist and stylist Jade Thorley a good variation of urban and studio shots were achieved. If you’re looking for an experienced Band Photographer in Manchester call Sandi for competitive rates and excellent studio facilities.